I can come up with a huge amount of exscuses as to why I have not blogged and why I should, yet a feel it would not be a very good one other than I HAVE NO LIFE AND I AM CONSTANTLY BUSY!!... Wait maybe I should say I have too much of a life!

Things have been going insanly crazy around here with the Christmas season zooming towards us like a Mac truck. I am so not ready and the tree is not even up. I do have the Christmas towels up in the bathroom and Jackson is in Christmas like P.J.s. (does that count?) Oh Wait I have a wreath on the door :).

To be honest I have just been slammed packed with life. So lets see Good news my cousin Cheryl had her daughter Alexis. Yet a week before that we lost another amazing lady in out family. Jeremy's grandmother passed away about a week and half before that. So the going going going has been for good reasons not because I have kept myself busy. Family means a lot around here so we always are there for them.

OK an update...
Jackson is doing awesome on Monday he was actually in his very last Cornerstone Preschool/Kindergarten Christmas program. He was a shepherd and had about 5 lines. He did wonderful and we are so proud of him. He has grown about 3 inches sense September and is growing up out of his pants. He has discovered a new love of pretending to be a spy. He even plays on his own with pretending to be a spy constantly talking into something saying he is talking to headquarters. Jackson has also been reading a lot more. He can read a spell a ton of words now it even sometimes shocks me when he suddenly says and spells them out. He LOVES math he loves addition and would sit in the car saying _+_=_ over and he recently has put subtraction in there too!

Jeremy has officially been hired on at Bank of America. Don't ask me his title it is very long and I dont get it. It even has vice president in there WOW huh! Don't worry most of his tech team has VP in there somewhere. He is doing well and is liking the new job and we are LOVING having benefits back again. His recent obsession is 2 things TRON Legacy that is coming out on Friday and the Sing off I know I know 2 completely different sides of the spectrum if you know Jeremy you know it fits him just right!

Mom is doing well. The recently stopped having PT come because she was not progressing to what they thought she should. She has arthritis in her knees really bad so they could not get her any farther. She is stilling the excersizes and is still up and going. We are out of the house at least 5 days a week. Don't worry if I am going she is going to go too :) She has been going to Bible Study on Wednesday night also. She enjoys it and is learning a lot and having fun spending time with the ladies at our church.

I hope you guys out there in the blog world are doing well and I will TRY to blog some more. I just wanted to give an update on our lives Take Care All
Elaina
Posted by Elaina at 6:43 AM 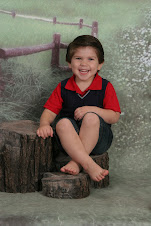